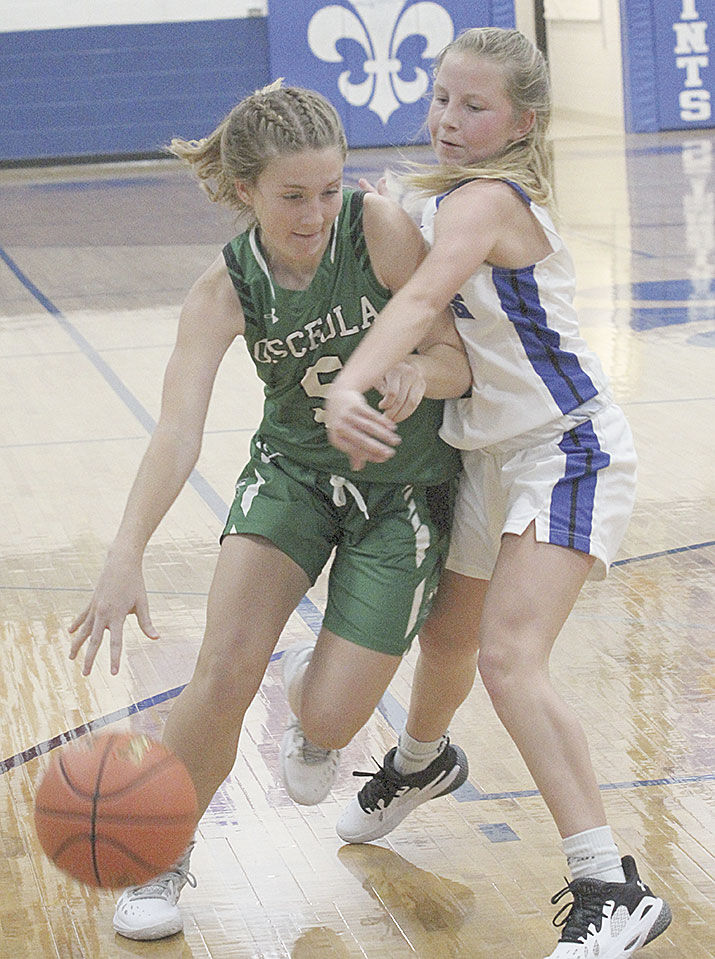 St. Croix Falls’ Lucy Belisle goes up for a lay-up.

St. Croix Falls’ Lucy Belisle goes up for a lay-up.

The St. Croix Falls girls basketball team pulled away in the second half to with 58-41 over Osceola in the season opener for both teams Nov. 16.

The Saints outscored the Chieftains 32-22 after intermission.

The Saints won the game despite shooting 1-for-10 from three-point range.

No individual stats were found for Osceola online.