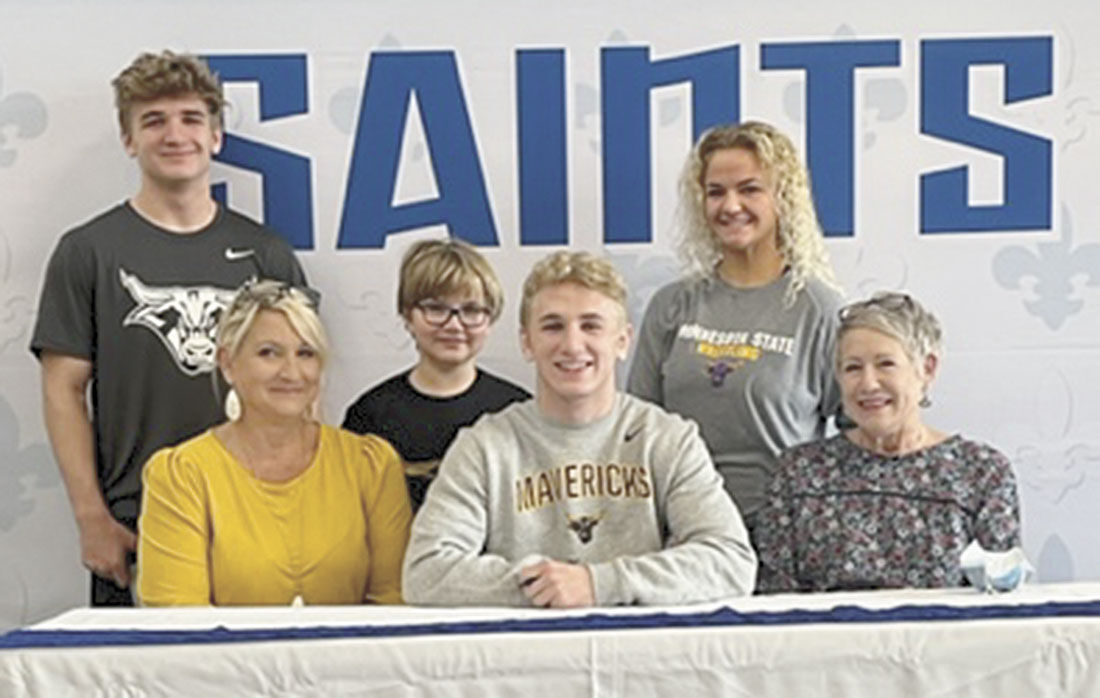 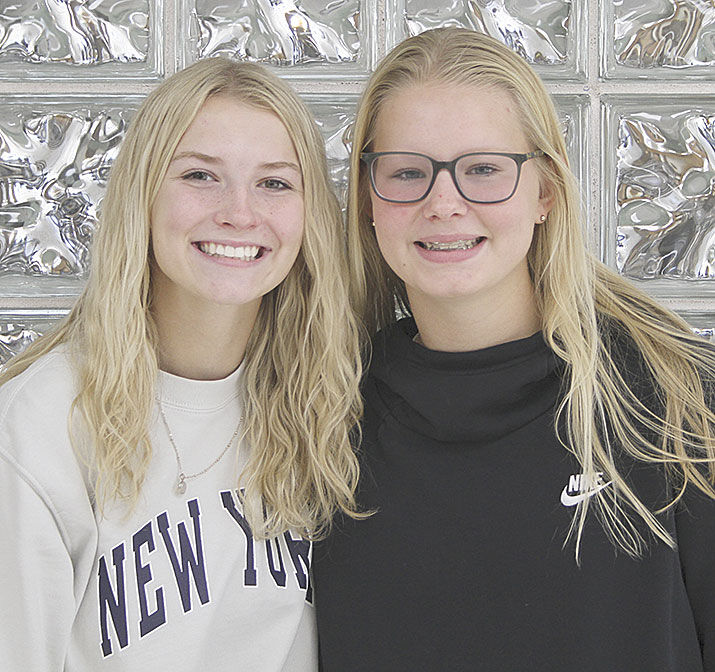 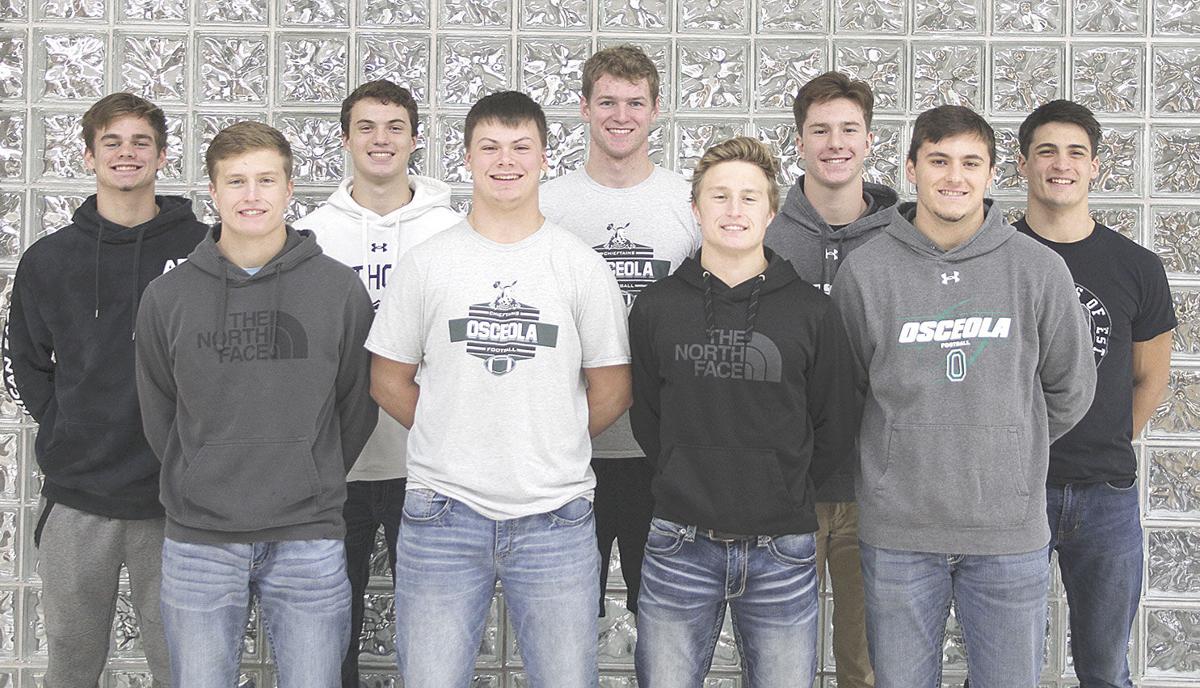 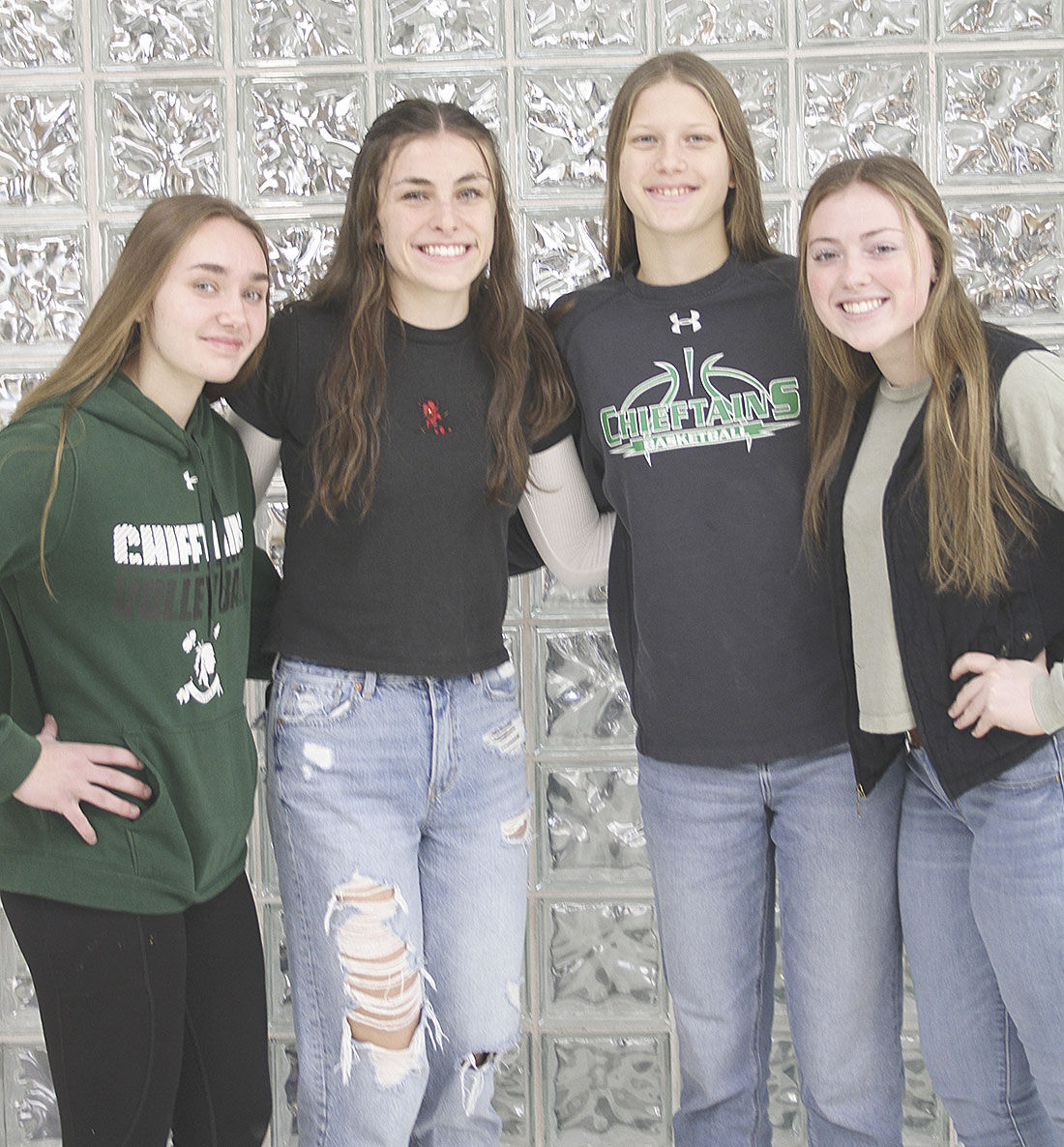 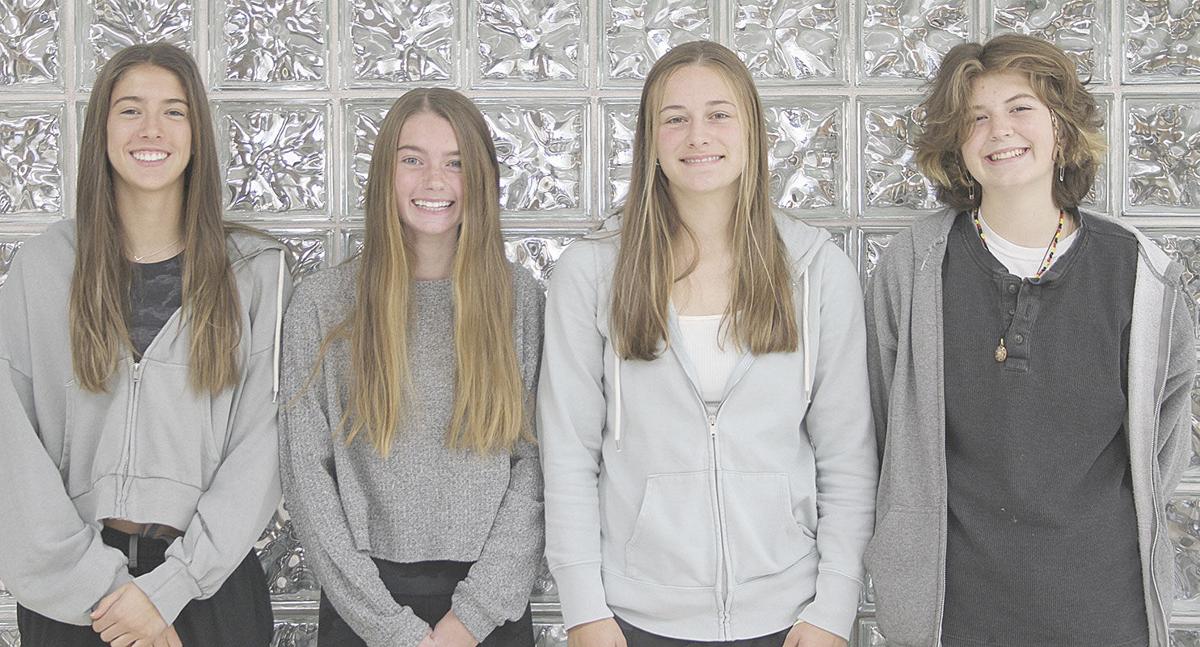 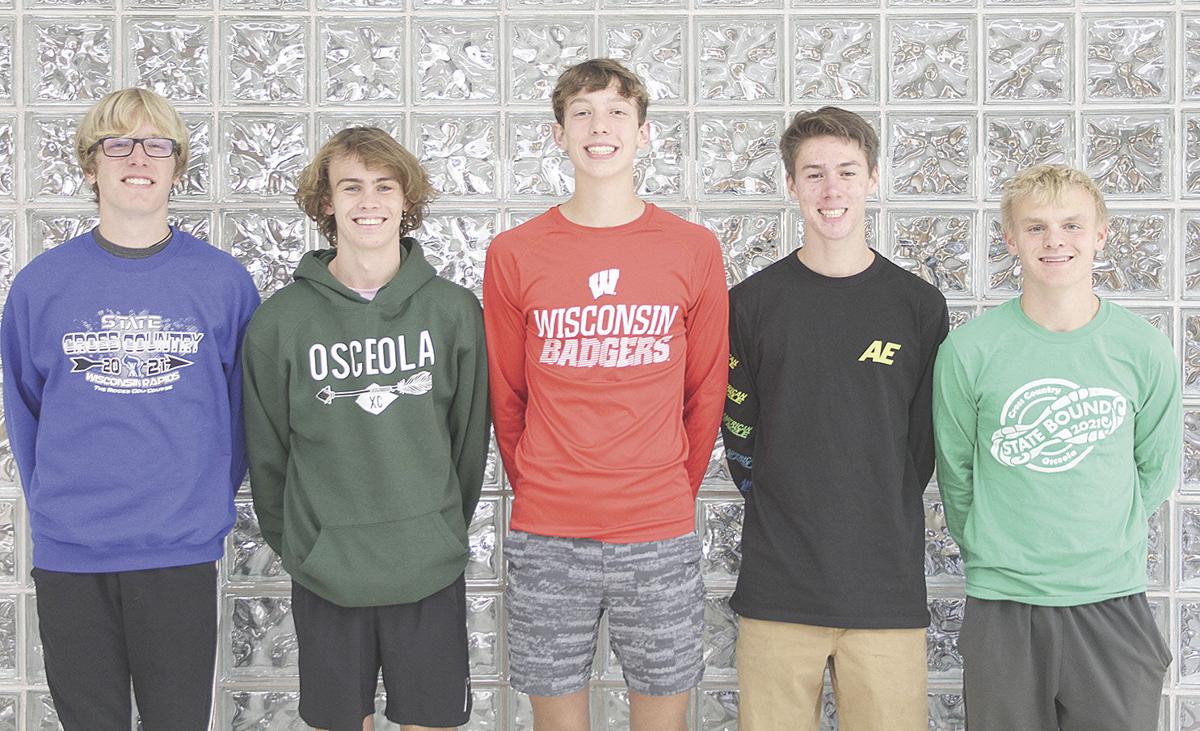 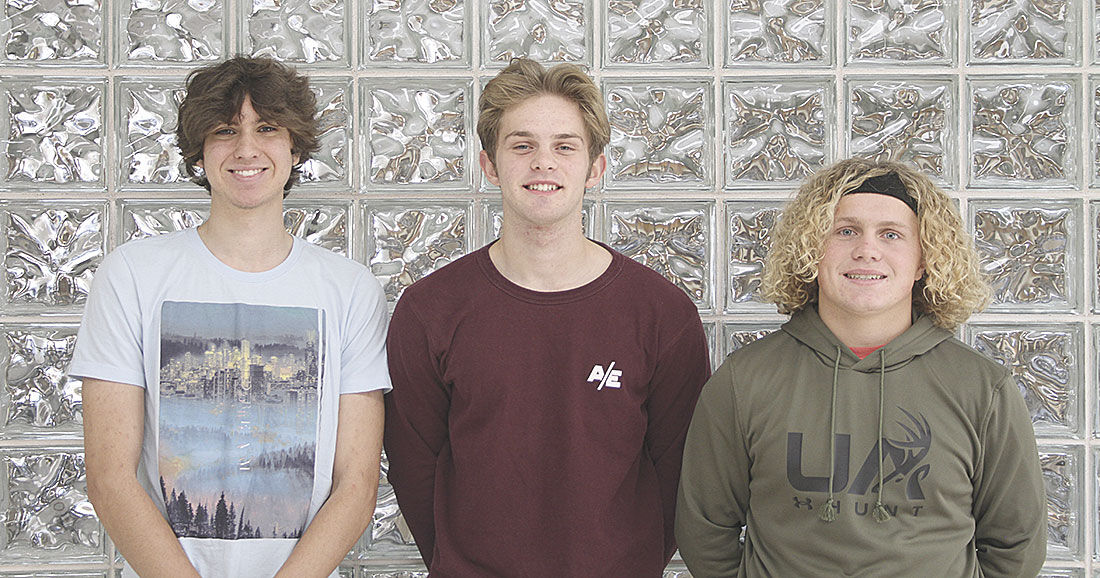 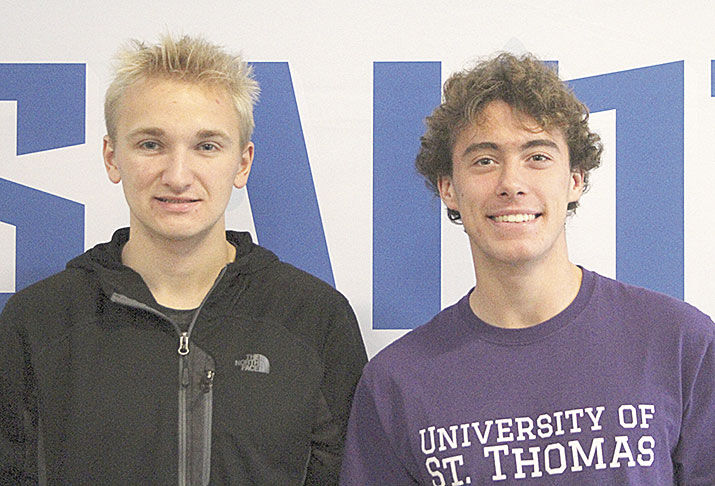 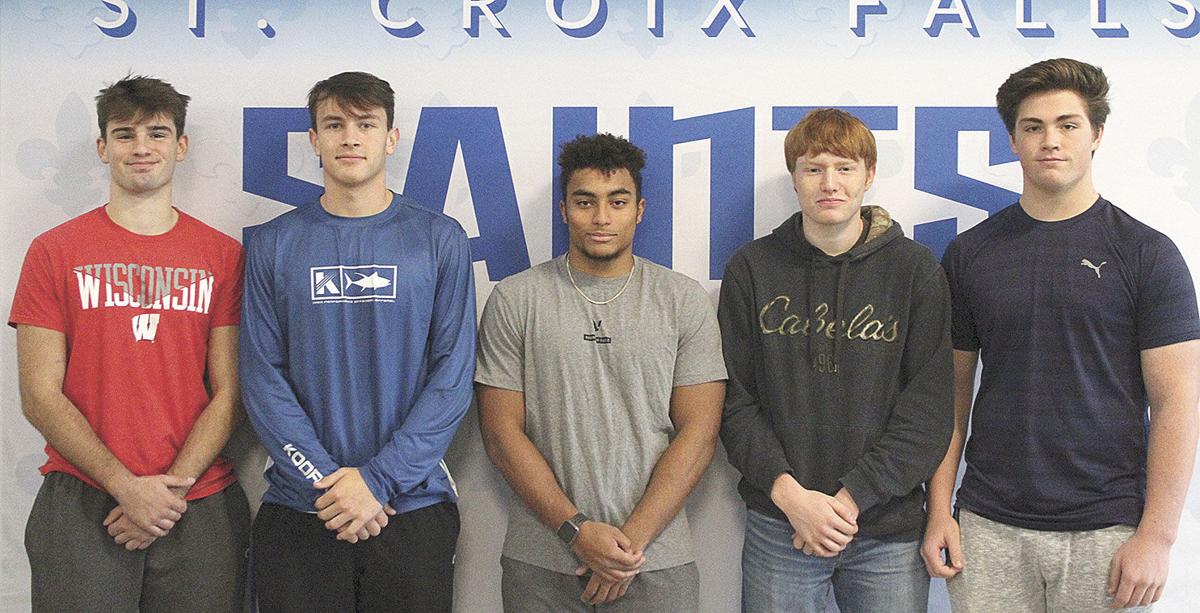 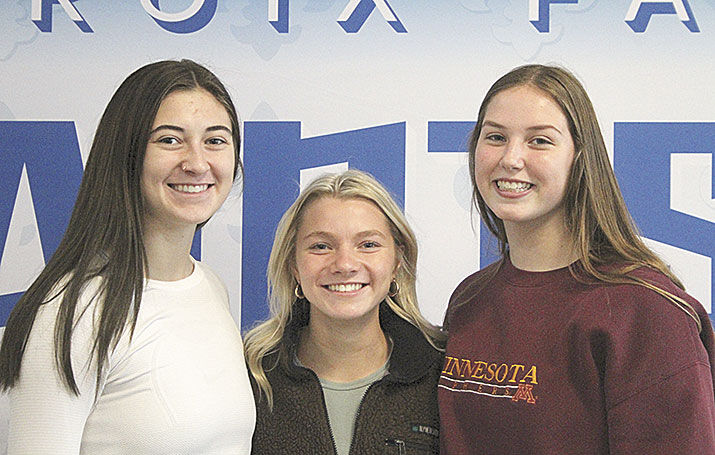 The Osceola boys cross country team was honored for its performance at the Middle Border Conference meet last month in Osceola.

Quinn McDonald was the conference champion as he ran a time of 16 minutes, 35.3 seconds, nearly 16 seconds faster than Prescott’s Tyler Loucks.

McDonald was joined on the first team by teammates Carver Lundholm and Mason Hancock. Ethan Hall and Brayden Bradway were second team selections.

The Chieftains were conference champions as they finished with 33 points compared to Prescott’s 54. Osceola went on to win the sectional and finish third in the state at Division 2.

Meanwhile, the girls landed four runners on the conference team as the Chieftains took second behind Amery.

Rachel Ulrich was the individual champion at 19:25.7, a minute faster than St. Croix Central’s Kaitlyn Carlson.

The Osceola football team had an outstanding 2021 season and as a result, were well represented on the Middle Border Conference teams.

The Chieftains earned six players each on the first team offense and defense along with two selections in the honorable mention category.

Haase and Swanson earned more honors as they were named to the Wisconsin Football Coaches Association All-Region teams.

Haase was selected for his play on the offensive line, while Swanson’s play at outside linebacker earned his selection.

Co-champions St. Croix Central and Baldwin-Woodville had five of the eight first team selections. Both teams had five selections each between the three teams.

Central’s Katie Larson was named player of the year. She was a first team selection all three years. Besides Larson, Central’s Katie Gostovich, Somerset’s Hope Baillargeon and Baldwin-Woodville’s Anna Jordt were repeat selections from the 2020 first team.

Seniors dominated the three teams as 15 of the 21 selections were seniors. Wiederin and Ward were two of the four juniors selected.

Archibald was joined on the first team by teammate senior Kaleb Woodley.

Seniors headlined the two teams with 19 selections. Three were juniors, one was a sophomore and one was a freshman.

The St. Croix Falls/Unity boys soccer team landed six players on the Heart of the North all conference teams.

The Saints recorded four all-conference cross country runners during the Heart of the North conference meet last month in Ashland.

The boys had three runners place in the top 15. Viktor Knigge placed eighth, while Kenneth Miner was 10th and Tristan Hanson was 13th.

The Saints finished third behind Ladysmith and Northwestern.

At the same time, Ilie Jensen earned a 9th place finish for the lone girls all conference runner. The team placed fifth.

The 2021 Heart of the North all-conference football teams had multiple players from St. Croix Falls.

For the second straight season, senior Dayo Oye was named to the first team for running backs. This year, he picked up another honor as he was selected as conference offensive player of the year. The other running backs named were Northwestern’s Greg Ohman and Austin Schlies and Spooner’s Isaac Hopke.

Oye was joined on the first team offense by junior linemen Brock Sawicki. Sawicki was the only junior selected. Of the six honored, four were seniors and Northwestern’s Ian Smith was the other underclassmen named.

The St. Croix Falls volleyball team was the only Heart of the North conference team to have two players on its first team all-conference.

Senior Kylie Broten repeated from 2020, while sophomore Kelsey Cooper was also named for the first time.

Barron had the most selections with four, followed by Cameron, Cumberland, Ladysmith and St. Croix Falls with three each. Out of the 21 selections, 10 were juniors, eight were seniors and three were sophomores.