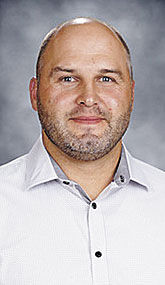 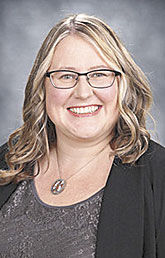 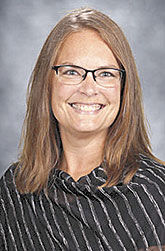 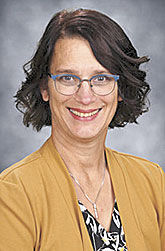 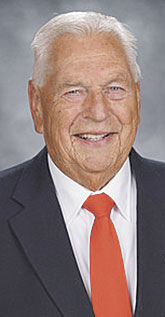 A first reading of changes to the Osceola Schools policy on controversial issues in the classroom was fittingly not without controversy.

The board policy, adopted in 2016, was among the policies being updated. Superintendent Mark Luebker, participating in the meeting by telephone, prefaced the conversation by saying, “I don’t feel as though that this is an issue that is a big issue or anything in our classrooms, but do definitely encourage some conversation for what the board wants to be the policy.”

Following an initial discussion in September, Luebker reached out to other districts to get their policies on this issue. The board members had received them before the meeting and after a pause, a tentative discussion began that grew into a half hour talk about the issue. After editing the proposed changes on the overhead screen in the auditorium, the revised policy will come before the board in November.

Here is the policy that was being discussed. Proposed changes in italics.

CONTROVERSIAL ISSUES IN THE

CONTROVERSIAL ISSUES IN THE

The Board of Education believes that the consideration of controversial issues has a legitimate place in the instructional program of the schools.

Properly introduced and conducted, the consideration of such issues can help students learn to identify important issues, explore fully and fairly all sides of an issue, weigh carefully the values and factors involved, and develop techniques for formulating and evaluating positions.

For purposes of this policy, a controversial issue is a topic on which opposing points of view have been promulgated by responsible opinion or is likely to arouse both support and opposition in the community.

The Board will permit the introduction and proper educational use of controversial issues provided that their use in the instructional program:

A. is related to the instructional goals of the course of study and level of maturity of the students;

B. does not tend to indoctrinate or persuade students to a particular point of view;

C. encourages open-mindedness and is conducted in a spirit of scholarly inquiry;.

D. does not cause a substantial disruption in the school environment.

Controversial issues related to the program may be initiated by the students themselves provided they are presented in the ordinary course of classroom instruction, relate to the topic of instruction, and do not cause substantial disruption to the school environment.

Controversial issues may not be initiated by a source outside the schools unless prior approval has been given by the principal. Issues pertaining to human growth and development, as defined by statute, are subject to 118.019, Wis. Stats.

When controversial issues have not been specified in the course of study, the Board will permit the instructional use of only those issues which have been approved by the principal.

In the discussion of any controversial issue in the classroom or in the course of professional duties, a teacher may express a personal opinion, but shall identify it as such, and must not express such an opinion for the purpose of persuading students to his/her point of view ( x) and may only express a personal opinion after student discussion has concluded Teachers should be mindful that this does not permit them to offer opinions on topics which would not be the subject of discussion in the classroom due to their appropriateness for the age(s) of the students involved. As always, teachers are expected to serve as exemplars for their students by demonstrating good judgment as professionals when discussing controversial issues and expressing personal opinions in the classroom. ( x) The classroom should not be used as a forum for the discussion of District employment issues..

The Board recognizes that a course of study or certain instructional materials may contain content and/or activities that some parents find objectionable. If after careful, personal review of the program lessons and/or materials, a parent indicates to the school that either content or activities conflicts with his/her religious beliefs or value system, the school will honor a written request for his/her child to be excused from particular classes for specified reasons. The student, however, will not be excused from participating in the course or activities mandated by the State and will be provided alternative learning activities during times of parent requested absences.

“So what I struggle with is this policy talks whether or not it differentiates between curriculum based controversial issue or a topic that’s discussed and brought up randomly within the classroom,” board member Lanette Johnson said. “To me, that’s two different polices. The text says we will permit the introduction and proper educational use of controversial issues, so is that curriculum based?”

“They want to differentiate between ‘I saw something that really aggravated me on the news and I wanted to bring it to school with me to have a discussion with my students,’” board member Brian Meyer said. “How does a teacher facilitate that discussion without conveying their own point of view to students in the classroom when it’s not curriculum based? And at what point do they disclose to students what their opinion is?”

“It’s hard for me to believe we would say to an English teacher if something comes up about the government, you don’t teach that, so you tell the student ‘we’re not going to talk about that,” board member Pete Kammerud said. “Is that what we want in education? I sent my kids and grandkids to school for an education. That didn’t mean for an education that I wanted to direct them to a certain point. I want them to see all kinds of different points. If a teacher is going to have more influence on them that I have, so be it. I don’t think stifling education in any classroom is a good idea. I trust the staff.”

“I trust the staff as well. You’re never going to agree with how everyone does it exactly,” Meyer said. “We can say how we want it to be expressed, but there’s always going to be some gray area. The fact of the matter is they are professionals, we try to hire the best professionals we can and when our kids are in front of the best people, they’re going to the best with the discussion they have. My thoughts were between not being able to express their opinion and being able to discuss their opinion. I think there are times and circumstances where they need to be able to say ‘this is my opinion and it is my opinion, and this is why’ AFTER the discussion.”

“It’s important that they clarify this is their opinion,” Kammerud replied.

“It’s no different than us having different opinions here,” Meyer said. “If you can do it civilly and respectfully, there’s no reason that anyone shouldn’t be able to state their opinion. It’s like a couple of meetings back, Pete you said, more policy is not necessarily a good thing, it clouds things, it makes it tough.”

“But if you leave the policy as a gray area, then you can’t enforce it,” Johnson said. “So an example would be, our policy states they have to state this is their opinion. So what if they are not making that statement and they are frequently stating their opinion? How do you enforce that?”

“I have a problem with disclosing their opinion at the end. To me, when I argue, whoever gets the last word in, it’s the last word,” board member Brooke Kulzer said.

“Other district policies say opinion should be identified after presenting both sides,” board member Kysa Marten said.

“Should teachers allow their personal opinion to sway that or should they only be presenting both sides?” Johnson said. “Do you dare tell a teacher ‘I think you’re wrong’?”

“Changes only muddy the water,” Meyer said. “We are asking professionals to be professional.”

“I do think the classroom should not be used as a forum for the discussion of District employment issues,” Kulzer said.