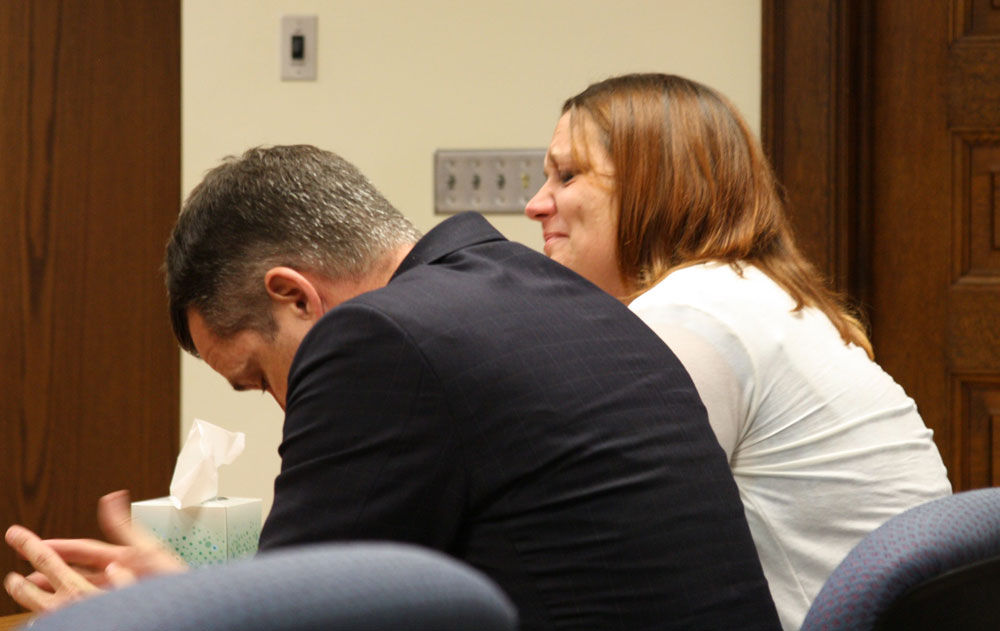 Kari Milberg reacts to being found not guilty of homicide by negligent operation of a vehicle and one count of reckless driving causing injury. Her defense attorney Aaron Nelson is on the left. 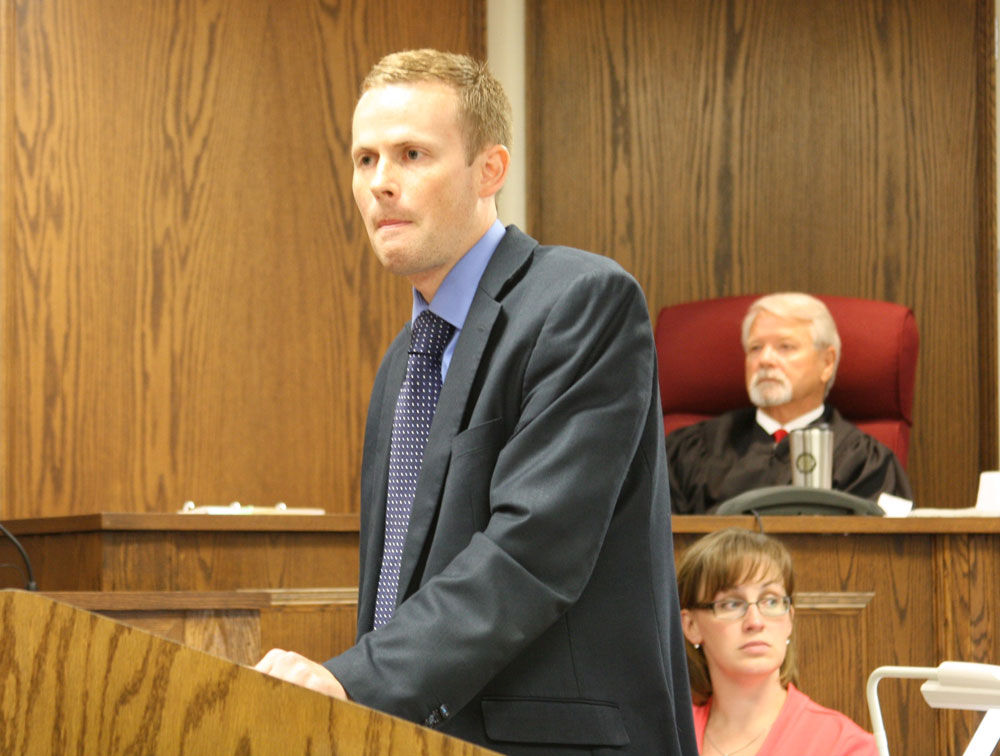 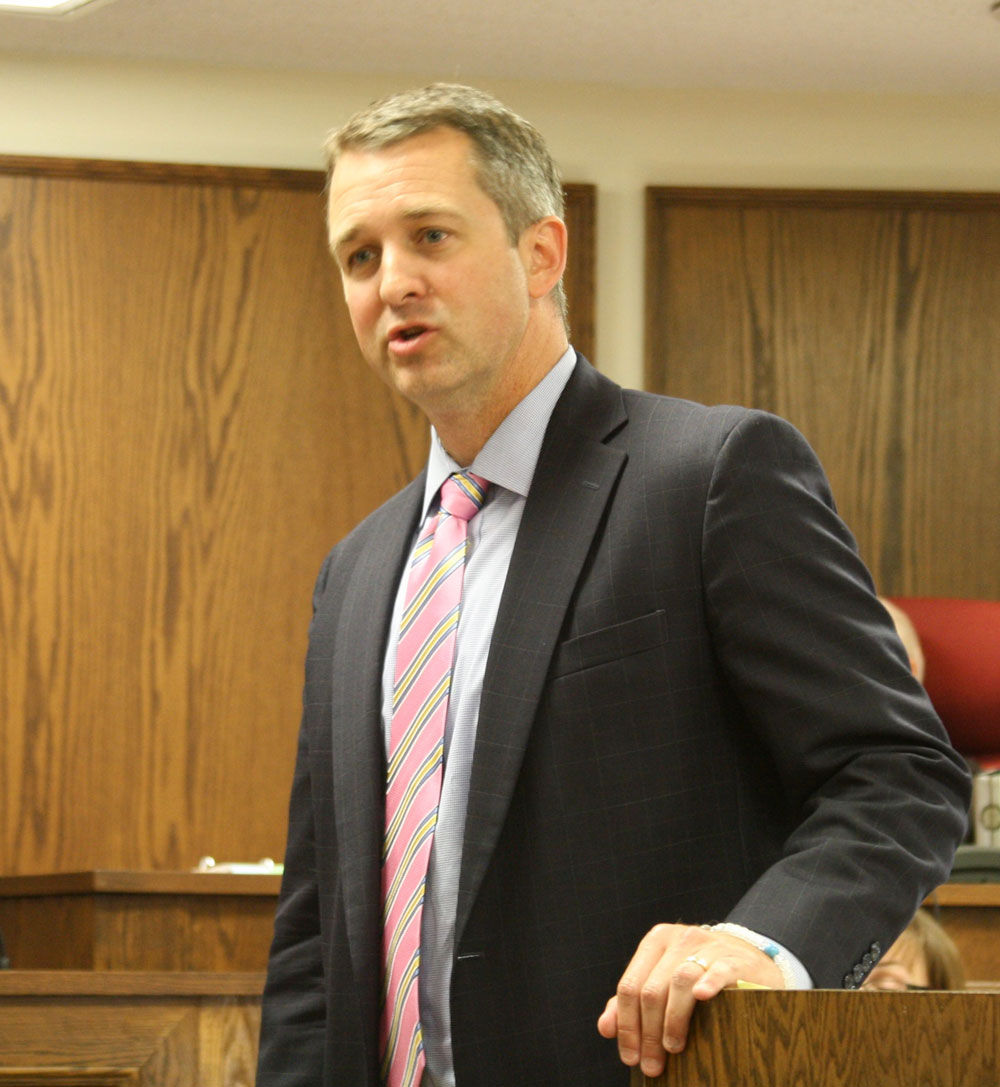 Defense Attorney Aaron Nelson, who presented no witnesses in the trial, makes his closing arguments. 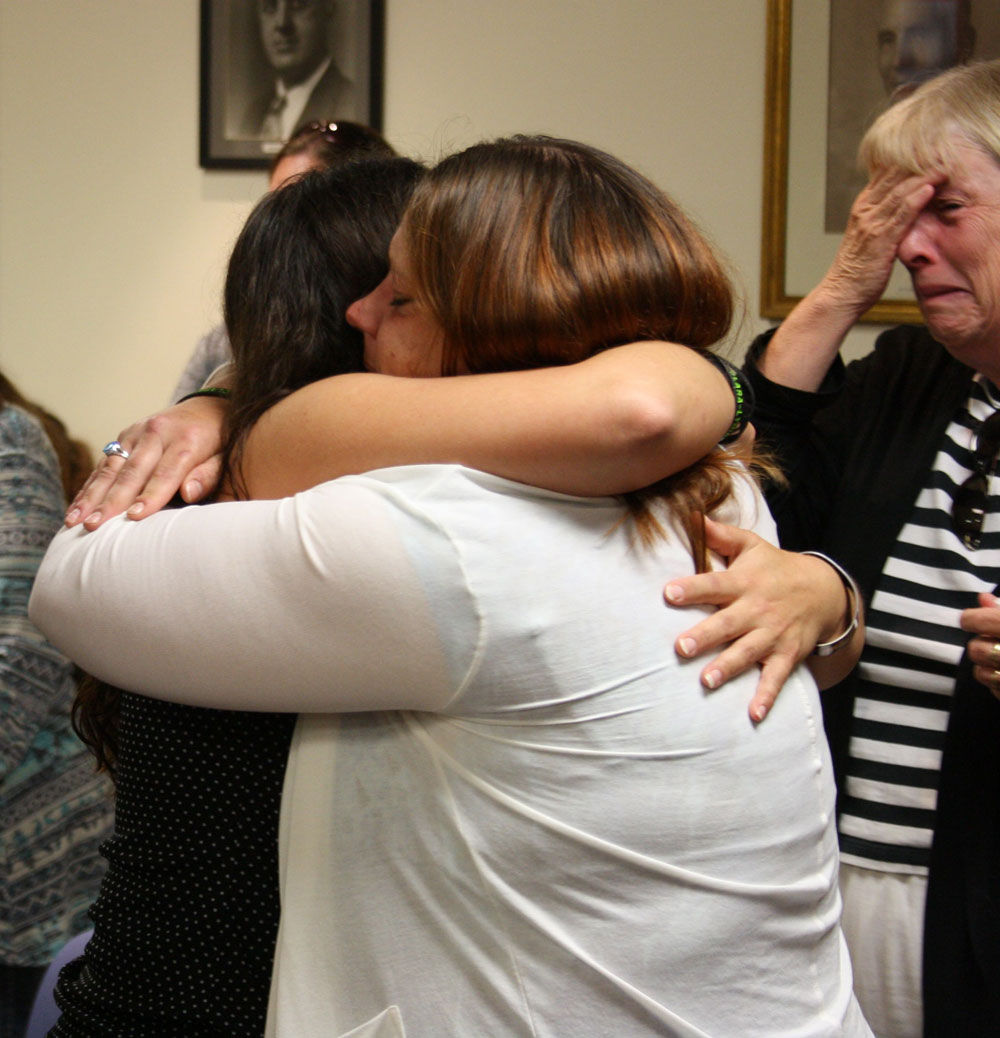 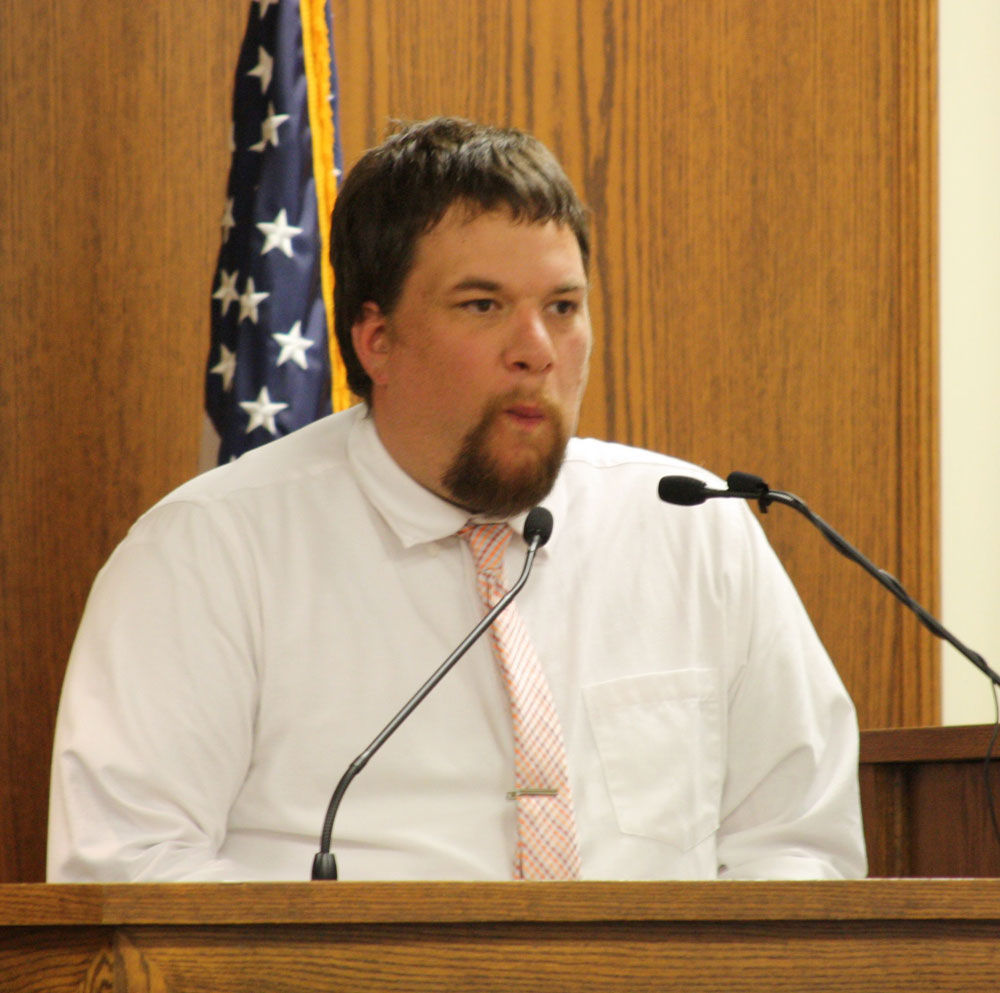 It took a jury of nine women and three men just under two hours Wednesday to find Kari Milberg not guilty of three counts of homicide by negligent operation of a vehicle and one count of reckless driving causing injury.

Milberg, her two children and two nieces were involved in a collision in Pierce County on Dec. 12, 2013. Lydia Milberg, 11, Clara Pavek, 5 and Laynie Jo Amos, 5 all died as a result of injuries sustained in the accident. Milberg’s son, Easton, 3, survived the accident.

The prosecution presented 19 witnesses in three and a half days. The defense did not call any witnesses and Milberg declined to testify on her own behalf.

Prosecutor Sean Froelich presented experts that testified to the mechanical condition of Milberg’s 2007 Saturn Vue as well as the International straight truck that was in the accident. Facebook messenger chat messages sent and received from Milberg’s account were also presented as evidence.

Defense attorney Aaron Nelson asserted in cross examination that the tires on Milberg’s vehicle were too worn to be safe on any surface but a dry road, a conclusion reached by Wisc. State Patrol Inspector Rick Graveen, who examined the vehicle in 2015.

Graveen died before the trial, so a second mechanical inspection was done by Wisc. State Patrol Inspector Richard Krisher. When asked about the tires, Krisher said that surface of the road would determine how the tires would react.

Wisc. State Patrol Investigator Derrek Hanson, a crash reconstructionist, testified about data recovered from the Saturn’s event data recorder. The International straight truck involved in the accident was going 30 mph at the time of the accident and data from the Saturn indicated that the vehicle was probably in a spin. The sensors did not deploy the airbags.

Nelson had Hanson do calculations to determine the deceleration rate of the Milberg vehicle and came up with a -.27g, which was consistent with a value of snow covered road.

The other Facebook account involved in a chat before the crash belonged to Jason McKenzie, a childhood friend of Milberg. McKenzie testified that he remembered having a phone conversation with Milberg the day of the accident, but he didn’t remember what the conversation was about. When asked about the Facebook chat messages, McKenzie testified that he did not remember the conversation. When asked if seeing a transcript of the messages would refresh his memory, McKenzie said it would not.

Testimony from the Pierce County Sheriff’s office indicates that the 911 call came in at 3:39:56 p.m.

Froelich also sought to include global positioning system (GPS) data to correspond with the timing of the Facebook chat messages. The court ruled that experts would need to testify about cellular tower locations and timing issues.

Dr. Butch Huston, a forensic pathologist with the Ramsay County Medical Examiner’s office testified that the three children died of injuries sustained in the car accident. Prosecutor Froelich wanted to include graphic details of the injuries sustained by the children, but was not allowed to do so.

In closing arguments, Froelich urged jurors to use the evidence as their guide. “Mercy and sympathy are issues for the judge,” he said during his half hour closing. The prosecutor asked if there was snow on the road, if you had children in the car “what are you doing on your phone? What are you doing making lunch plans? How are you supposed to do that?”

Defense attorney Nelson in his nearly hour long closing argument, urged jurors to look at the science of the case and conclude that it was a terrible accident caused by wet road conditions and poor tires.

Nelson cited the case of Arthur Smith, the first person in the United States charged with vehicular homicide in 1899, who was acquitted of charges. He pointed out the failure of the state to investigate.

“The police officers looked and looked until they found what they wanted,” he said.

Regarding the Facebook messages, Nelson said that there was not proof beyond a reasonable doubt who was using the phone or how the phone was being used.

Nelson told jurors that justice is always “an eye for an eye.”

Nelson cited the Declaration of Independence, shared a story about a boy and an old man.

“This family’s fate is now in your hands,” Nelson said.

All 12 members of the jury were polled about the not guilty verdict and reaffirmed that Milberg was not guilty of all charges.