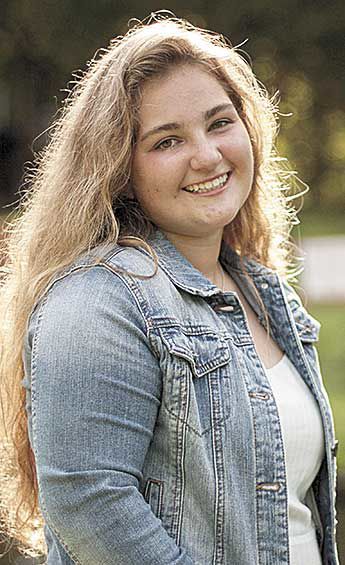 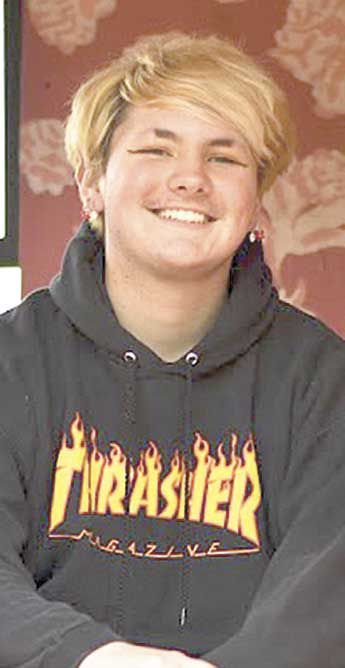 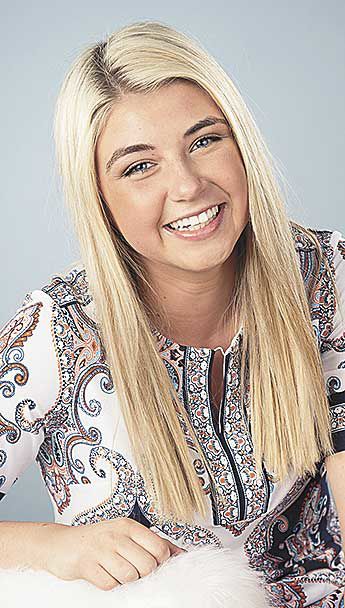 Seniors unsure about what lies ahead

May smells like fresh cut grass and pulled pork.

The first smell is an eventuality. Grass grows whether or not there’s a global pandemic and thus needs to be cut. But everyone knows pulled pork can only legally be made for church socials and high school graduation parties, both of which have been canceled this spring as COVID-19 shutters public gatherings across the country.

This leaves the Osceola class of 2020 without a rite of passage that’s been enjoyed by high school seniors since before students started leaving apples on teachers’ desks.

They can add it to a growing list of things they’ve missed out on, something that’s made their final year of high school both disappointing and memorable.

“This last year I feel like I’ve really gotten to know some other seniors,” said senior Paige Dvorak. “It’s this final experience, and it’s kind of sad to me to know that I will probably not ever see some of these kids again.”

The Osceola School district has been closed since March 19, when Gov. Evers shut down schools statewide. Since then seniors have taken up distance learning classes along with the rest of Osceola students. Dvorak said it’s been hard to get used to learning from home, but that it also has its perks.

“I like being able to pick out when I work and go at my own pace,” she said. “But sometimes it feels really stressful because I can get a random email about an assignment. I get stressed about when to get it done, even though I have more time to do it.”

Fellow senior Connor Eid said distance learning has made it harder for him to connect to his teachers and lessons.

“I really need an interpersonal connection to learn,” he said. “But I’ve been managing.”

The lack of connection with friends and other students has hit everyone differently. Eid said he’s generally a fairly anti-social person who spends much of his time at home anyway, but that after so long it does get hard to not spend time around anyone.

“It has been hard,” he said. “I’ve been making lots of art at home because that’s what I like to do. But after a certain point, I need to see somebody and have that interpersonal connection, otherwise I’m going to go crazy.”

Eid’s family has been extra careful about being out in public during the pandemic. Eid’s mother Rhonda takes care of her parents in their home as well as Eid’s father, all of whom are immunocompromised and highly susceptible to the virus.

“We really are coherent about going out,” Rhonda said. “We go just once a week to get the necessities.”

Because of this, Eid is taking the pandemic very seriously, and is both encouraged and discouraged by what he sees from his classmates.

“I think a good majority of my personal friend group has been taking it quite seriously, and I’m grateful for that,” he said. “But there is a big magnitude of people that aren’t taking it seriously and are going out and hanging out with people and it makes me really sad to see that because I have such a personal connection with this.”

On top of worrying about his family’s health, Eid is also trying to prepare for the next step in his education. He’s planning on attending the University of Wisconsin-Stout in the fall, but doesn’t know when he’ll actually get to start attending classes.

“It really drained a lot of hope out of me that I’m not going to be in-person at school for an undetermined amount of time,” he said. “But I’m still very hopeful and I really like what the school stands for so it really hasn’t changed my mindset a lot.”

Eid hasn’t even seen Stout’s campus, as his official visit scheduled for early May has been cancelled.

“I have a few friends that go to the school so they have really coached me through what it’s like there and what it looks like,” he said. “So I kind of have the upper hand.”

This kind of uncertainty is sneaking into every senior’s future plans. Makayla Quigley said her AP Calculus class might not count for college credit this year because the final test has been changed to an at-home, open book format.

“You can still take it but it might not count for as much credit as it would’ve if (the pandemic) wouldn’t have happened,” she said.

Of all the missed opportunities, the possibility of missing out on a graduation ceremony hits the hardest for the seniors. Connor Eid said it’s difficult to think about the possibility of just getting his diploma in the mail after watching so many of his friends walk across the stage at graduation in the last three years.

“It’s really heartbreaking to know we might not get that huge ceremony like everyone else had,” he said.

It’s also heartbreaking for the parents of the senior class.

“We’ve talked about it a lot, there’s been a lot of tears,” Rhonda Eid said.

“He’s my oldest and I’ve waited 18 years to watch him graduate, so this is really emotional.”

Makayla Quigley’s mother Amy said it’s hard to know how to comfort her daughter, since she never experienced anything like this when she was young.

“Nobody else can ever know what they’re feeling, because none of us have ever had that taken away,” she said. “Graduation is something that every kid looks at from the time they’re little, so it’s been really hard.”

Amy said her family is handling it the best they can and that she’s proud of how Makayla is taking the stress.

“She’s handling it very well,” she said. “We’re trying to stay positive and we know it’s what has to be done.”

The Osceola School district is planning on holding a delayed graduation ceremony on July 16, but they’re still unsure if it will be an in-person or virtual gathering.

“Option A is an in-person graduation with limited spectators,” said high school principal Adam Spiegel. “It would all be based on the guidelines from the state.”

If that’s not possible the school would move to an online ceremony broadcast from the Osceola gymnasium.

Makayla Quigley said she knows this kind of ceremony is a possibility and that while it may be necessary, it would be very disappointing.

“I always looked forward to doing the practices and actually be able to go up on the stage,” she said. “And now I might have to be watching it at my house.”

As disappointing as it may be, the Osceola class of 2020 will always be able to look back on their senior year and know they were part of history — something their own children may ask them about someday when they’re in high school.

“I would tell them how the world stopped for a while,” Paige Dvorak said. “It seems impossible to think about everything stopping, but here we are. It’s crazy to think about how everything changed so quickly.”