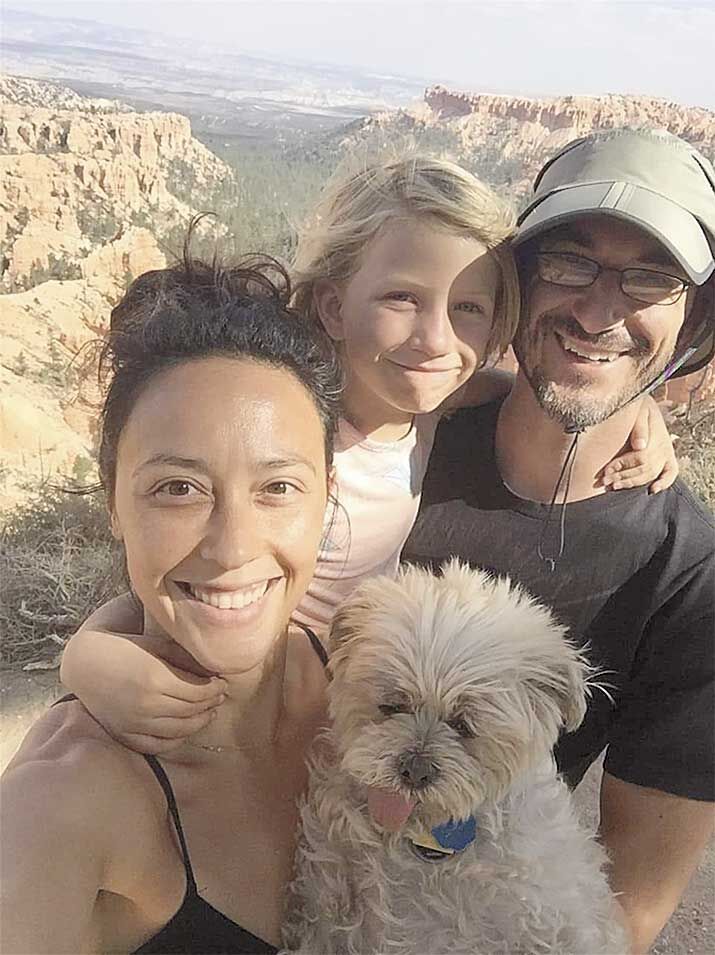 Cox on the right, with girlfriend Malen Hounshell on the left, daughter Phoenix in the middle and dog Rusty. 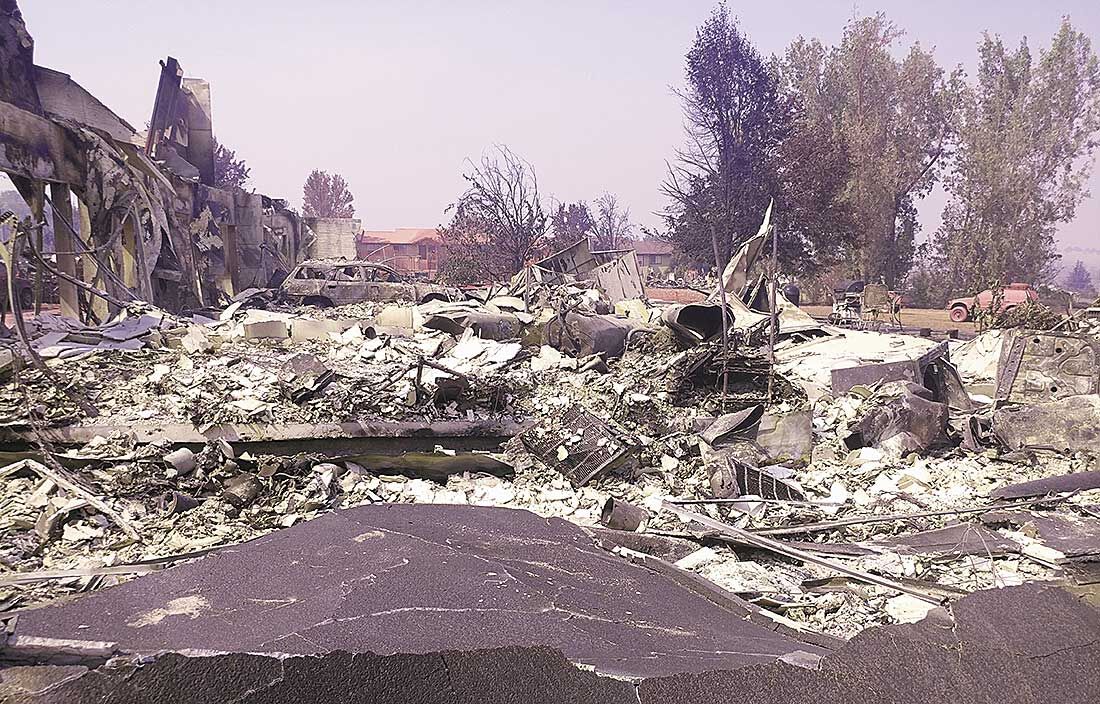 What Jacob Cox’s home looked like after fires swept through it last month.

Cox on the right, with girlfriend Malen Hounshell on the left, daughter Phoenix in the middle and dog Rusty.

What Jacob Cox’s home looked like after fires swept through it last month.

Osceola native reflects on losing home to fires in Oregon

Jacob Cox had called Oregon home since 2015 and in August moved into a townhome in Talent, which was located in the southern part of the state.

Yet, all wasn’t well there.

“Tensions were escalating,” the Osceola native said, as he was describing the sociopolitical climate. “I was very concerned for the region and what might result.”

The 2004 graduate of Osceola High School is the son of Steve and Linda Cox. He has two other siblings – Nick and Maggie.

He explained the undercurrent was there for a while but it started bubbling to the surface in May with what happened to George Floyd in Minneapolis and how the Oregon state government handled the COVID-19 pandemic.

“Politicization and division started occurring even more,” he said, as Antifa and Black Lives Matter movements were starting to battle so-called patriots.

Talent is part of the Rogue River Valley, made up of six cities, which has a population of over 218,000 people. It is located 15-20 miles south of the California border.

Two of the most well known cities were Medford, a population of 80,000, which Cox described as very conservative and dominantly black/Mexican and Ashland, a city of 20,000, which is very liberal and white.  The two cities sit less than 15 miles apart from each other with Talent in between the two.

The night before, Cox had premonitions or dreams something wrong was occurring. He woke up that morning to strong winds and the smell of smoke in his house.

He went outside to water his garden and looked up into the sky.

“These aren’t wildfires,” he told himself. “There was a plume of smoke which was very close.”

Cox, and his girlfriend, Maren Hounshell, grabbed as many belongings as quick as they could along with their dog and a bunny.

“We evacuated immediately,” he said, noting there was no help from local EMS, Fire and Police.

After originally headed toward Ashland, which was south, and being told they couldn’t, Cox and crew ended up in Williams, about 40 miles to the west of Talent in a friend’s house.

The trip was even harrowing, as Cox and crew got stuck in a traffic jam and the slow pace they were going they were considering evacuating the car.

Safely in Williams, Cox was able to find a live stream of Talent and his house. He went to bed that night with his house still intact.

The next morning, Cox and his girlfriend woke up to a live stream on Facebook and the image that went by their screens was of their townhome in ruins.

“It was a part of a 10-unit townhome complex at the end of a big residential block,” Cox said. “Every single house except one burned down.”

Cox tried going back to the house as soon as possible, but was turned away by members of the Oregon National Guard.

“They were deployed immediately to maintain it as a crime scene,” he continued. “The air was super toxic.”

When he came back, he found his house reduced to rubble. Among those items included a carbon fiber bicycle which melted into what looked like a black wig.

“Earlier this year, all of Oregon’s fire fighting helicopters were deployed in Afghanistan for military purposes, leaving the entire state without the proper equipment to fight fires during its fire season,” Cox said.

“I was and continue to be appalled at how terribly inadequate the response was to this fire. By the time any kind of response was mobilized into action, it was only a handful of passenger jets dumping fire retardant onto the fire from the air and it was too little too late.”

Yet, the realization is starting to sink in.

“I feel like I’m coming to terms with it,” he said. “I’ve accepted it. It’s not very often, you get a chance to start over.”

It was determined the fire which burned Cox’s home was part of the “Almeda Fire” which destroyed the area. According to multiple media reports from that area and Cox himself, an arrest has been made.

He said he doesn’t know where he wants to live next. He did state he had insurance but some items were severely undervalued.

With the unrest still in that area, he admitted he’s not ready to jump back in with both feet.

At the same time, “It’s alluring to be part of the rebuilding process,” he added, also adding his daughter’s mother still lives out there.